This is AllFaith.com in Exile: Network Solutions Stole My Domain Name!

This section of AllFaith.com in Exile is intended for serious study of the Christian claims. For instance, do modern Christian doctrines reflect the teachings of the contriversial first century teacher? Are all of us who do not embrace Christian dogma doomed to eternal torment by the God of Love? Are there other, more accurate ways to understand his teaching as we have them? There are a lot of pages in this section and it will take a lot of time to update and edit them all. Be advised that what is written here may or may not reflect my current beliefs. No offense is ever intended to my Christian friends.

AllFaith.com was in serious need of a makeover before Network Solutions stole it. If you have any questions, thoughts, or comments please let me know. 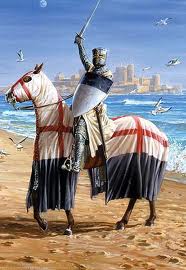 Judaism accepts only the One True G-d as presented in the Torah (Genesis-Deuteronomy). The conviction of "HaShem echad" (G-d as One) is the very heart of Avraham's revelation, the Torah and all Jewish Tradition. Any doctrine that modifies or rejects the absolute "echad" nature of the One True G-d is out of synch with the Bible and can not be accepted by Jews and/or Noahides. This includes Trinitarianism, Deism, monophysitism, Monothelitism, Ba'al worship, Polytheism, the belief in Avatars, etc. For Jews, such beliefs are considered avodah zarah, forbidden foreign worship.

The following studies look into various Christian doctrines in order to demonstrate to Jews why we do not and can not accept Jesus as divinity, as Mashiach (Messiah), nor any of the other beliefs held by the Church. My primary intention with this section is to protect Jews from missionary deceptions and "Scripture twisting."

Secondary to this goal is the desire to help those non-Jews who are seeking real biblical religion. While I am not encouraging conversion to Judaism, I do recommend the embrace of Derech Noahide, the Universal Covenant of Seven Laws. Judaism is not a missionary religion. One does not need to become a Jew in order to have a good relationship with the One True God. The Seven Universal Laws apply to all non-Jews (and are included within the 613 Mitzvot given to the Jews. All Gentiles are encouraged to embrace Derech Noahide.

Your comments, questions and corrections are always sincerely invited!


The Fourth Commandment: Honoring the Day of HaShem as a Non-Jew

Two Messiahs? Mashiach ben David and Mashiach ben Yosef: "What Can Wash Away My Sin?" -- Problems with Christian Redemption Theology

Part One: The Blood of Jesus
Part Two: Conditions not met

Should Christians eat Animals?
"Before Abraham was I Am": What did Y'shua mean with this statement
Y'shua's Interesting Omission: He knew he would not fulfill the Messianic prophecies
The Nicolaitan Heresy: The foundation of all false religion.

Part 1: The Mother of All Pagan Holidays
Part 2: The Birth of Y'shua ben Yosef
Part 3: The Real Reason for the Season
Part 4: The Dark Truth About Santa Claus
Part 5: A Christmas Song

Yetzer Tov and Yetzer Hara: The Impulses of Free Will and the Christian Dogma of Original Sin
Understanding Matthew 21:43 Did Jesus teach that HaShem had taken His blessings from Israel?
What's Wrong With Two-House Theology? This Replacement Theology exists in various forms and is always anti-Torah.
Torah verses the God-man Jesus This anti-Torah teaching makes meaningful Jewish-Christian dialogue impossible.
Whose Prayers Does God Answer? On the exclusionary belief that God only hears Christian prayers.

THIS is the Day HaShem Has Made For Us:

Let's Use It Wisely and Joyously!